I know most people wanted to turn back the time and changed everything that they thought they’ve done wrong, but is that really what they want? 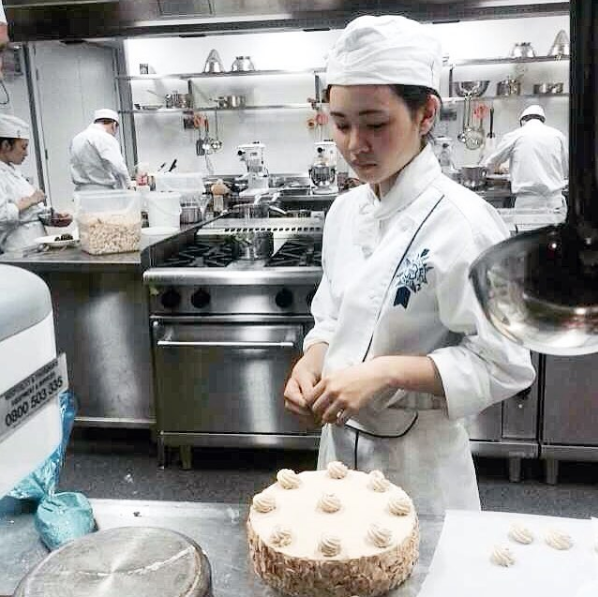 I haven’t really updated this site since late 2015 and my readers have probably already gone but that’s okay, I’m not writing to gain readers really although it makes me happy if I could help them by sharing my life story. The truth is I did stop cooking for a while and work at my dad’s company.As you probably have known I have run my cake business for more than a year. I stopped in January because it drove me crazy, I was not satisfied with any achievement that I could get, no matter how big it is. Most of you guys would probably know this feeling. People would look at you and say that you’ve done a great job and what an effort ! However you were just like, “meh..”, because you were expecting so much more, because you set your goal way too high in such a little time and end up disappointing yourself.

Learn from your mistakes because that’s when you grow

What everybody said to you is not always right

But listen to them because listening is learning

Many people will tell you what kind of person you are but you know deep down that you know yourself better than anybody.

I have lost so many opportunities doing stupid things and yet people often said to me, “Oh What the hell, you’re still young..” It’s as if they think it’s okay to do stupid things, to fail or to slow down at this age. When I look at myself in the mirror, at this age I saw it more as an opportunity to try better things, age doesn’t even make any changes in this case. I’ve had classmates twice my age, it’s never too old to learn and it’s never too young to try to get bigger and better things in life. Why would you waste your time if you’ve had the chance to get it now ?

I have resigned from my father’s company and I have a new project coming up. I started taking cake orders on my free time. Looking for that passion back deep in your heart because if it really is a passion, you can’t really throw that away and you wouldn’t want to, sometimes it’s just buried deep inside your heart.

Sometimes I just look back to 7 years ago when I was still dreaming to go to culinary school. How scary it used to sound, and I look back to 2 years ago when I finished my Diploma with 3 Certificates on my hand during the graduation, for the first time in my life, the chefs were putting a tall white chef’s hat on my head, like the one you’ve seen on TV and 2 silver medals and 1 gold medal from Le Cordon Bleu. What a great memories right ? and then 2015, is definitely not a good year for me. I broke down and you know the rest of the story. So, if I could turn back the time, would I do things differently ?

I would say no, because when people say “I would do things differently” that means they have learned their lessons, they have realized what mistakes they have made. You shouldn’t turn back the time to change that, you should change your future with what you’ve learned from that mistake. So, no, I will not change anything because if I did, I will not learn HOW to appreciate or WHY I should fight for my passion. Make mistakes while you’re young, I agree with that one but don’t do it intentionally. I will keep fighting for something that I love because as I said before in the past, love is always worth fighting for. There’s always ups and down in life ,hopefully this is my turning point. One thing for sure I wouldn’t want to use, is a time machine.

This lesson was the second last lesson I had for my cuisine course. My partner, Kaylin, and I were given one whole lamb and we were asked to break it down by ourselves. 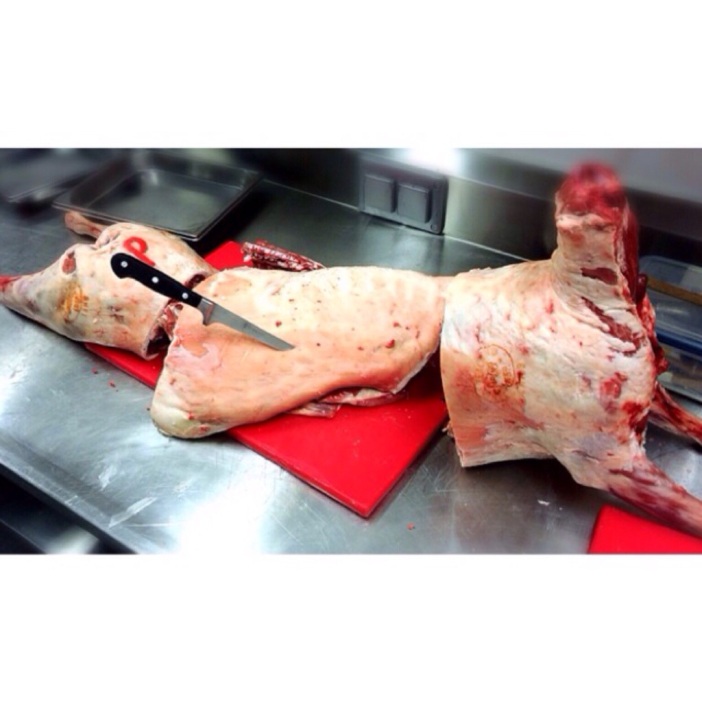 This photo was taken by one of my friends in the class. We all had the same kind of lamb, almost the same size and we had to break it down the same way. 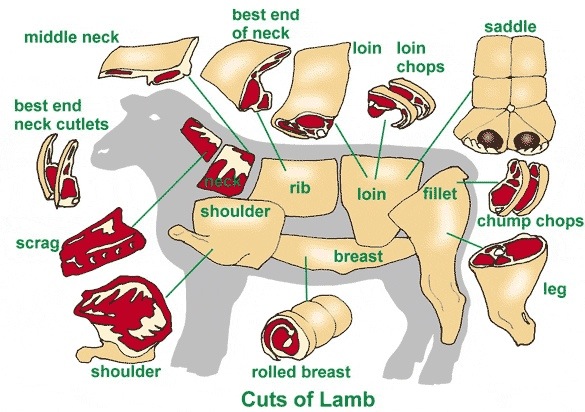 On the very last lesson of cuisine, we can cook anything we want, using the lamb cuts that had been broken down the day before. This was the most interesting lesson because my class has so many people from so many different countries, and we cooked the lamb differently, based on our culture.

2. Yellow rice, lamb satay with peanut sauce and malbi.
This is a combination of indonesian dishes. It was absolutely delicious. I got the recipe from my mom. The yellow rice was infused with lemongrass and cooked in coconut milk. The lamb satay and malbi were marinated with galangal, garlic, shallots, nutmeg and ginger one day before cooking. The malbi was stewed in coconut milk with sweet soy sauce, red palm sugar and bay leaves. The lamb satay was pan fried with the peanut sauce and sweet soy sauce. 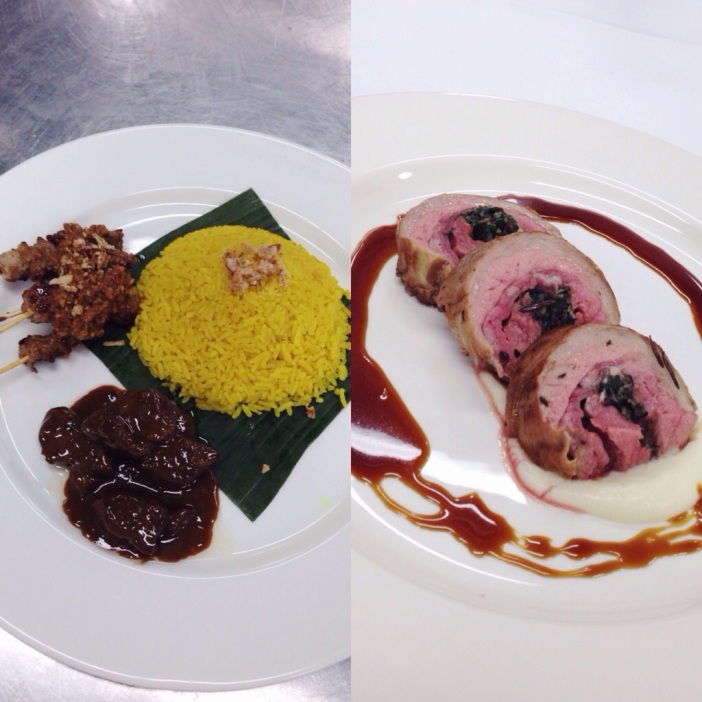 3. Rosemary lamb noisette stuffed with spinach and mushroom duxelle, served with cauliflower puree and rosemary jus.
This was a very simple dish. I marinated the lamb with rosemary, cider vinegar and olive oil few hours before cooking. I seared and roasted the lamb in the oven for about 15 minutes with some rosemary leaves. The smell was absolutely amazing. I love rosemary.